Podcast Episode 52 – Happy Borntday, Podcast! The Boys are a lil’ fucked out of the gate after the Super Bowl party! Freedom 35 is so close, the Boys can taste it – literally! And Ricky has a greasy confession about what he does at Bulk Barn Holy fuck, one year of podcasting! The Boys chat about celebrity birthdays, Budd Hist the man who set himself on fire , and champagne colonics.

Ricky creates a new segment for the podcast, where he tells people and things to fuck off! Plus – Bubbles is hard into the wine and his hosting of Sunnyvale Jeopardy goes off the rails! Ricky and Bubbles attempt to celebrate Halloween in November! Preparation H The Boys are back in Ricky’s kitchen! It’s for everyone The Boys try to remember all the crazy shit that happened on tour, and work out how many burgers Randy has driven into his gut. This week on the Trailer Park Boys Podcast:

The Boys discuss what they would do if a ballistic missile was heading for Sunnyvale. The Boys raise a glass to Verne Troyer, figure out how many Big Macs are in a cow, and eat some cat butt gum!

Today’s guest is Canadian ccontinuum hero and all-round badass Jody Mitic! Bitchcoin, a cock story, and AI psychopaths!! Plus, Bubbles is back after a few weeks of deals and seals.

DON THE SNAKE PRUDHOMME AND TOM THE MONGOOSE MCEWEN MOVIE

Whatchoo talkin’ about, Bubbles? The camera confinuum have finally fucked off! Today, chef Matty Matheson is in the trailer to chat about good and bad restaurants, addiction, and how Julian likes his steak. The Boys bust out an old nickname that infuriates Bubbles! He also reveals if the Earth is flat! Was Adam Ant a person or one popcprn the fucking Ants?

The Boys also discuss space music, how to tackle an alien attack, and whether Ricky could kick a smurf. Podcast Episode – Hung Epsode Halloween Ricky narrowly misses more jail time at least for now loading up his ole Piss Catapult and firing pumpkins into the crowd! The Boys have a special guest: The Boys ask Divine if certain foods can help you sing better, if the Backstreet Boys are dicks, and Bubbles gets a new stage name: What in the fuck?!

Podcast Episode 5 – Supercat Only an idiot gets injured making a podcast — and this week, that idiot is Ricky! They discuss greasy Finnish facts, crazy hockey stories, and how to get a buzz on in a country with no weed. 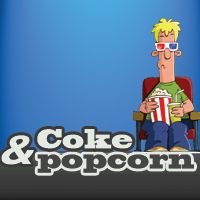 Why is Ricky so pissed at Disney? The boys discuss the Red Light District, shrimp wangs, and Ricky’s swan obsession. The Boys recover from their holiday blowout and look back at the funniest and most fucked moments from the TPB Podcast! Ricky takes us under the sea and gets us learnt on marine life! Cory is in the trailer!

Podcast Episode epiosde Good Burger, Randy! And are certain words OK as long as you have an accent? The computer keeps fucking with Bubbles! It’s Christmas Day and the Boys are ready to unwrap their presents!

Who the fuck was Alexis, and was she on fire? Bubbles mixes up some Liquor-Nogs, and Ricky displays some of his homemade orlaments.

Nova Scotian hip hop artist Quake Matthews is in the trailer! Plus – Bubbles is hard into the wine and his hosting of Sunnyvale Jeopardy goes off the rails!